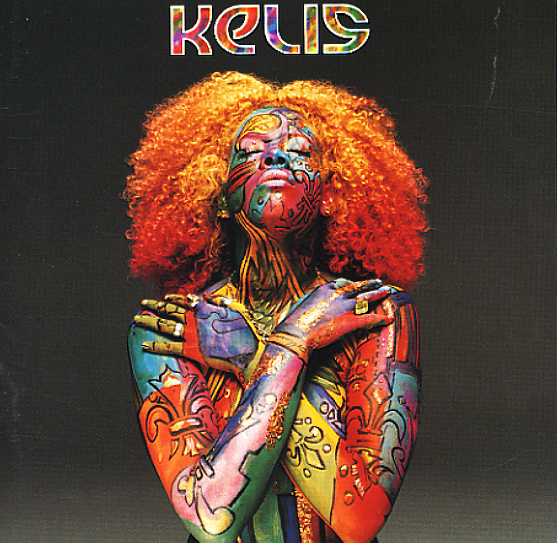 At the time of this album's original release, the Neptunes had yet to take over the world, so it barely saw the light of day. Combining Chad & Pharrel's tight beats and infectious ghettofied songcraft with Kelis' sweet vocals, we can't really tell what the folks at the label were thinking, as this album's got both mainstream appeal and underground authenticity. 14 tracks in all, including "Good Stuff", 'Get Along WithYou", "Game Show", 'Suspended", "Ghetto Children", "I Want Your Love", "In The Morning" and "Wouldn't You Agree".  © 1996-2022, Dusty Groove, Inc.
(Black vinyl pressing. NOTE – Cover is heavily stained at the top right corner, with a stuck gatefold, and marker through the barcode.)

Kiwanuka
Interscope, 2019. Near Mint- 2LP Gatefold
LP...$34.99
Michael Kiwanuka works in a genre that's all his own – definitely soulful, but wrapped around so many other influences too – all with this proud, positive vibe that's gotten the singer a lot more ears than we might have expected just a few short years ago! The record's got plenty of ... LP, Vinyl record album

Born To Get Down
Bang, 1976. Near Mint-
LP...$24.99
The Muscle Shoals Horns were definitely born to get down – as they'd proved before on countless funk and soul sessions in the south – and as they prove once again with this masterful album on their own! The style here is surprisingly well-formed – not just horn players getting to ... LP, Vinyl record album

Deliver The Word
United Artists, 1973. Near Mint-
LP...$14.99
War delivers the word, and a whole lot more as well – that amazing blend of styles that always made the group way more than just the sum of its parts! The classic groove is very firmly in place here – a great style that mixes jazz funk with a freer jamming style borrowed from Latin ... LP, Vinyl record album