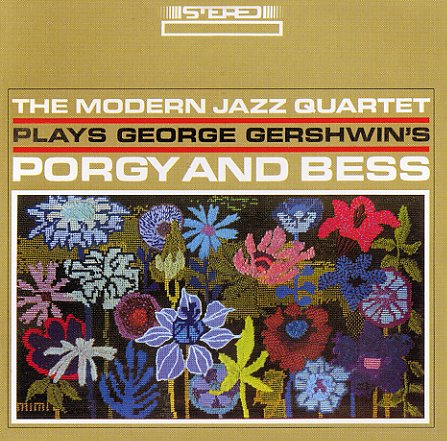 An extremely haunting version of the score to Porgy & Bess – recorded by the Modern Jazz Quartet at the height of their powers, in a gently soulful version that really takes off from the original. The group have a very free approach here – one that uses Gershwin's originals as a set of loose guidelines to work from – shading in the spaces with their own tones and colors on vibes, piano, bass, and drums. The album features some great modern takes on "Summertime" and "It Ain't Necessarily So" – and other tracks include "O Bess, Where's My Bess", "I Love You Porgy", "My Man's Gone Now", and "There's A Boat Dat's Leavin Soon For New York".  © 1996-2021, Dusty Groove, Inc.
(Out of print.)