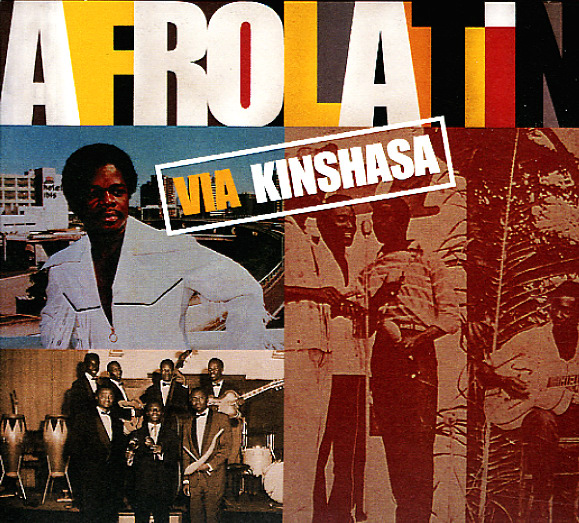 Latin grooves from the Congo – a fantastic collection of work from the city of Kinshasa – almost all of it influenced heavily by Cuban styles of the 20th Century! The influence here is possibly a bit more subtle than in other scenes, but still is felt strongly in the rhythms, if not the instrumentation – which often still echoes more familiar African modes, especially in the use of the guitar. Production modes are mighty nice – often a nice slurring of the rhythms and melodies at the same time, so that the vocals hypnotically circulate with the instrumentation, creating a wonderful sense of interplay that goes way beyond the boundaries of language. And as usual with this great series – and all releases on Syllart – there's a huge amount of notes in English and French, plus lots of images too. 39 tracks in all – including "Cheri Lovyi" by Franco OK Jazz, "Carrefour Addis Abeba" by Grand Kalle African Jazz, "Manbo Hawaien" by Docteur Nico Sukisa, "African Club" by Tabuley Rocherau African Fiesta, "Monsieur L'Argent" by Grand Kalle African Team, and "Aladji Baba" by Vox Africa.  © 1996-2021, Dusty Groove, Inc.
(Out of print.)

Karam
Cumbancha, 2009. Used
CD...$4.99
A beautiful balance of balafon lines, vocals, and acoustic instrumentation – the second album from Kimi Djabate, and even deeper than the first! Djabate plays balafon with a relatively spare sort of sound – using the wood vibes-like tones to set up a spare structure for the tunes ... CD