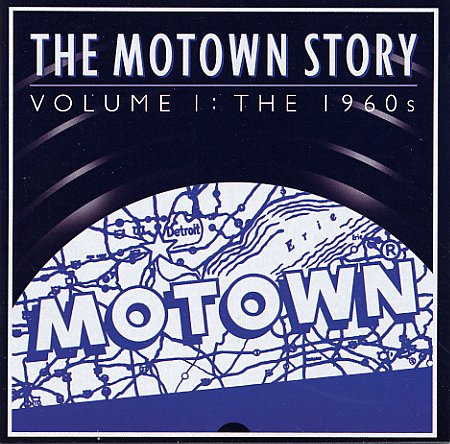 A recreation of the original Motown Story box set – featuring the best tunes of the label's first years, all strung together with narration by Smokey Robinson and some rare interviews! The style is pretty darn cool – almost a radio show or special documentary on the music, and packaged with some really great tracks that include "Baby I'm For Real" by The Originals, "Ain't Too Proud To Beg" by The Temptations, "Every Little Bit Hurts" by Brenda Holloway, "Do You Love Me" by The Contours, "Shotgun" by Jr Walker & The All Stars, "The Tracks Of My Tears" by The Miracles, "Stop In The Name Of Love" by The Supremes, "My Girl" by The Temptations, "My Guy" by Mary Wells, "Fingertips (part 2)" by Stevie Wonder, "Jimmy Mack" by Martha & The Vandellas, "Twenty Five Miles" by Edwin Starr, and "Reach Out I'll Be There" by The Four Tops. 42 tracks on 2CDs – and a very nice package!  © 1996-2021, Dusty Groove, Inc.
(Out of print. Tray card has a cutout hole.)