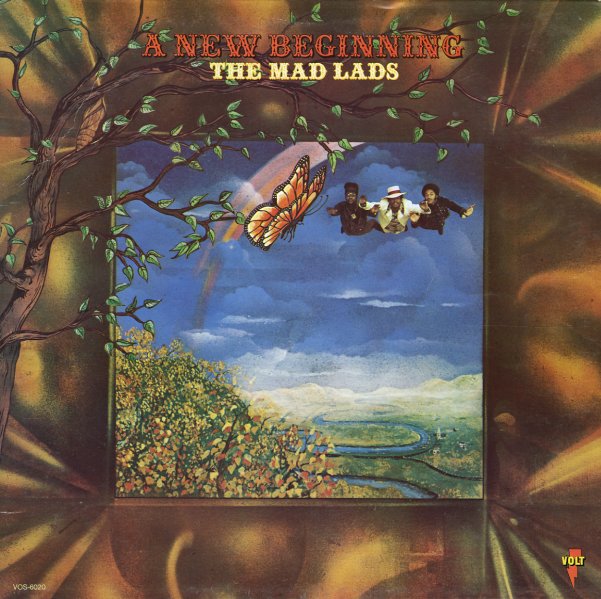 Sort of a comeback album for The Mad Lads, and one that has their southern vocal group style hitting a style of production that's a bit more way out than that on some of their 60's recordings. The album's a nice one – with these arrangements by Dale Warren that are a bit mad, as you could probably guess by the image of the band flying through the sky on the cover! Tracks include "I Forgot To Be Your Lover", "Gone! The Promises Of Yesterday", "Seeing Is Believing", "Pass The Word", and "Destination".  © 1996-2022, Dusty Groove, Inc.
(Orange label pressing. Cover has a center split in the top seam and a Stereo sticker in back.)