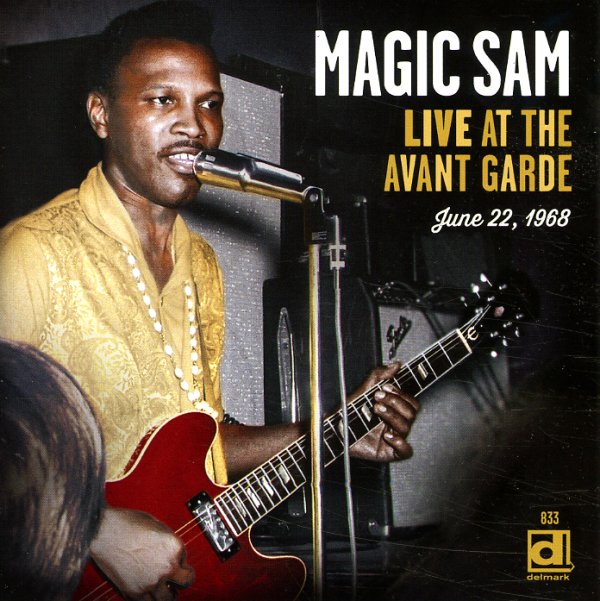 A hell of a great record from Magic Sam – a really well-recorded live set from a small club in Milwaukee, and an album that really gets at all the gritty genius that made Sam so great! The set's almost equal parts blues and soul – definitely the former, but with plenty of funky undercurrents of the latter, too – especially given the open setting, and the group's mighty strong drums from Bob Richey! Sam's vocals and guitar are wonderfully raspy, but super-sharp at the same time – and the only other instrumentation in the set is some mighty nice bass from Big Mojo Elem. Titles include "Hully Gully Twist", "I Need You So Bad", "Feelin Good", "You Belong To Me", "That's All Right", "Lookin Good", "San Ho Zay", "Every Night Every Day", and "It's All Your Fault Baby".  © 1996-2022, Dusty Groove, Inc.