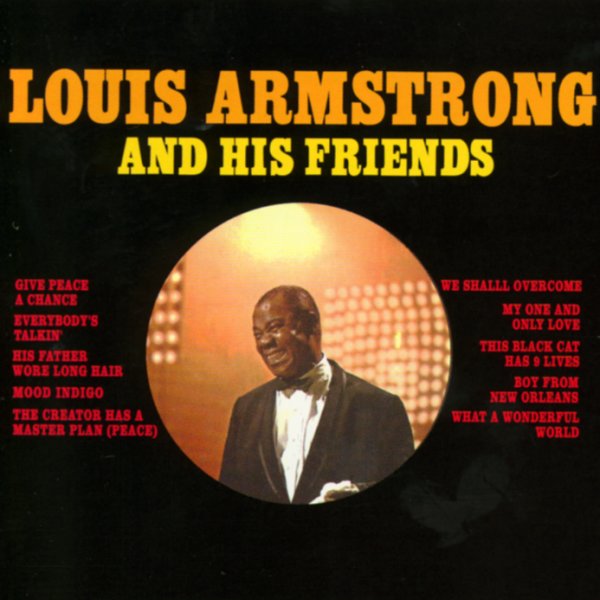 Louis Armstrong hits the Flying Dutchman label – and unlocks a whole new spiritual side of his talents – a mode that's quite different than some of his crossover pop of the 60s! The style here has a bit of righteous elements in the lyrics, and lots of spiritual jazz in the backings – with full arrangements from Oliver Nelson – who heads up a dream lineup that includes Billy Harper on tenor, and either Chico Hamilton or Pretty Purdie on drums! Even more amazing is a guest appearance from Leon Thomas – who sings on a version of "The Creator Has A Master Plan". Other tunes are just as hip – and include "The Black Cat Has 9 Lives", "His Father Wore Long Hair", "Give Peace A Chance", and "We Shall Overcome". Must be heard to be believed!  © 1996-2023, Dusty Groove, Inc.

Black, Brown, & Beautiful
Flying Dutchman/Ultra Vybe (Japan), 1970. New Copy
CD...$12.99 16.99
One of Oliver Nelson's hippest albums – a bold statement of righteous energy, and a fantastic summation of all the genius he'd created during the 60s as an arranger for other people's records! The record is almost at a Duke Ellington level – a complex yet soulful suite of tracks for ... CD

Fairyland
Flying Dutchman/Ultra Vybe (Japan), 1971. New Copy
CD...$12.99 16.99
One of the loosest, most open albums from the early years of guitarist Larry Coryell – and a set that maybe has him pointing even more strongly forward in a jazz direction than some of his earlier, more rock-influenced work! The album's a live date, recorded at the Montreux jazz festival ... CD

Swiss Suite
Flying Dutchman/BGP (UK), 1971. New Copy
CD...$7.99 14.99
A killer set of searing soulful spiritual material from Oliver Nelson – and one of his best albums of the 70s! There's hardly anything "Swiss" in the music – save for the fact that it was recorded at the Montreux Jazz Fest – as the large ensemble recording has Nelson at ... CD