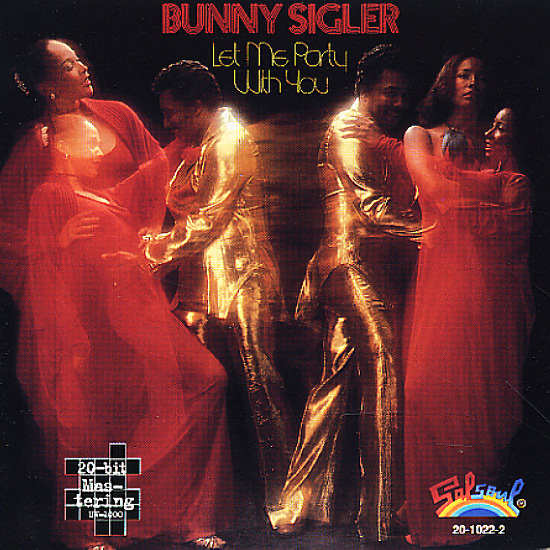 Let Me Party With You (UK pressing with bonus tracks)

One of the best of Bunny Sigler's disco albums – a classic pairing with a the group Instant Funk, and a record that helped define the second generation of the Philly groove! Bunny's still got some of the sweeter touches of earlier years, but he also comes across with a much fuller vocal range – stepping up to the grooves with a voice that's deep in soul, and which unfolds nicely across the album's longer uptempo tracks! The Instant Funk backing is mighty nice too – and really gives the album a sharp edge that sets it apart from other Sigler efforts of the period. Titles include "Let Me Party With You", "Your Love Is So Good", "Don't Even Try", and "I Got What You Need". Bonus tracks include "Only You" and ""Let Me Party With You (single version)".  © 1996-2021, Dusty Groove, Inc.

Reality (with bonus track)
Philadelphia International/Big Break (UK), 1974. Used
CD...$12.99
A really sweet set from bassist Monk Montgomery – the Indy jazz legend who first made big waves with his brothers Wes and Buddy in the 50s – still sounding great here on a funky album for Philly International! The album's mostly instrumental, but done in the same great groove as the ... CD

Heartbeats (with bonus tracks)
Total Experience/Big Break (UK), 1982. Used
CD...$24.99
Yarbrough & Peoples work here with production from the great Lonnie Simmons – who was leaving behind his legacy with War, and turning out to be one of the sharpest talents in the 80s groove scene! Lonnie comes up with a nice lean style for the duo – one that often brings some bassy ... CD

Love Will Find A Way
Verve, 2019. Used
CD...$7.99 (CD...$8.99)
Philip Bailey's looking hipper than usual on the cover – and he's sounding hipper than usual within – thanks to fantastic production help from Robert Glasper, Christian McBride, and Chick Corea – all artists who play on the record, and help give Bailey a really timeless sense of ... CD

Before Me
Verve, 2006. Used
CD...$5.99
Gladys Knight pays tribute to a range of singers who came before her – Billie Holiday, Ella Fitzgerald, Sarah Vaughan, and others – all the while earning our respect for her new inflections of these classics! The style here is less "torch revival" than you'd expect – ... CD