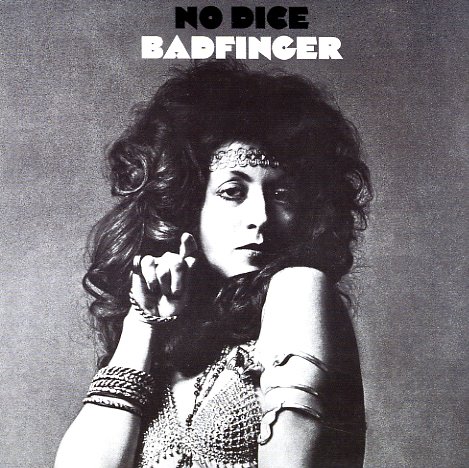 No Dice (with bonus tracks)

Badfinger comes into their own on No Dice – with a few buzzing rockers this time out, a pretty huge step from the more easygoing pop of Magic Christian Music (sweet as that stuff is) – with harder hitting groovers that kind of predict some of more tuneful power pop to follow in Badfinger's wake, but showcasing some pretty intense emotion, too, on the classic "Without You" and other tracks. Titles include "I Can't Take It", "I Don't Mind", "Blodwyn", "Better Days", "It Had To Be Me", "Believe Me", "We're For The Dark", "No Matter What" and more. This Capitol pressing includes 5 bonus tracks "Get Down", "Friends Are Hard To Find", "Mean Mean Jemima", "Loving You", "I'll Be The One".  © 1996-2021, Dusty Groove, Inc.

Band On The Run – 25th Anniversary Edition (2CD set)
Capitol, 1973. Used 2 CDs
CD...$11.99
One of the most brilliant moments of genius from Paul McCartney & Wings – and a set that has Paul working with the group in perfect album formation – able to craft enough songs that became hit singles, yet also fit the whole thing together in a superb sonic reality that made the ... CD

Let It Be
Apple, 1970. Used
CD...$4.99 (LP...$19.99)
A bittersweet farewell from The Beatles – a record that definitely shows the fracturing unity of the group, with lots of near-solo moments – but a set that also makes us really wonder what they'd have done with all this genius, had they managed to hold it together! There's great hints ... CD

Fly Like An Eagle (gold CD pressing)
Capitol/DCC, 1976. Used
CD...$39.99
A masterpiece from the legendary SF rocker Steve Miller – and a perfect summation of the years of blues, soul, funk, and rock he'd been soaking up in the Bay Area scene – served up here with an edge that's still very firmly in place! Miller was already plenty great before this set, but ... CD