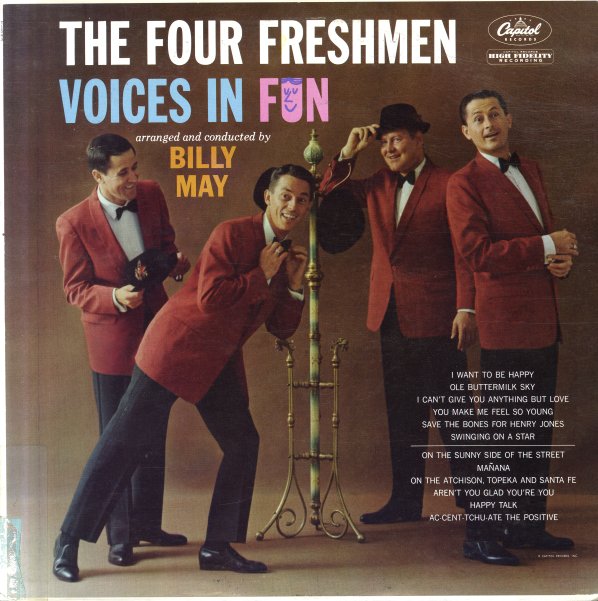 Always-great work from The Four Freshmen – a later Capitol album recorded when the group was really hitting their vocal stride! Featuring arrangements by Billy May, the record is well put together, with some extremely inventive arrangements of familiar numbers, plus other odd tunes, of the sort that always made the group's records so great. Titles include "You Make Me Feel So Young", "Aren't You Glad You're You", "Happy Talk", and "Manana".  © 1996-2021, Dusty Groove, Inc.
(80s French pressing on Pathe Marconi.)

Late Late Show
Capitol, Late 50s. Near Mint-
LP...$9.99
A Capitol classic from Dakota Staton – and the record that made her a real leading lady at the label in the years before Nancy Wilson's rise! The set's got a wonderfully laidback feel that's in keeping with the title, yet it also swings nicely too – kind of a new level of soul in jazz ... LP, Vinyl record album