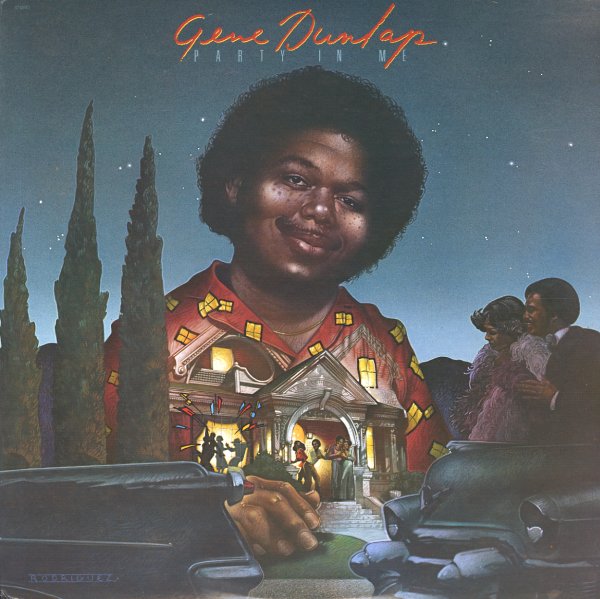 Wonderful work from Gene Dunlap – a jazzy soul drummer, and also a maestro with a killer ear for a modern soul groove! The album's got a mix of grooves and sophistication that are a bit like the best early 80s material from Roy Ayers – never chartbound, and never too commercial – but nice and tight, and really well put together! The instrumentation has plenty of jazzy 80s groove touches – especially in the keyboards – and Dunlap does a nice job of balancing up beat tracks with the mellow moments we love so much in his work. Vocals are from a variety of singers – including the great Ethel Beatty, who'd sung with Roy Ayers – plus Phillippe Wynne, Pam Lawson, and Gene himself – and titles include "Something Inside My Head", "Something Special", "Corner Pocket", "There Will Never Be Another (Like You)", "Party In Me", "Jam City", and "This One's On Me".  © 1996-2022, Dusty Groove, Inc.
(Cover has light wear, but looks great overall.)

I Love You So
Capitol, 1979. Very Good+
LP...$3.99
A Capitol killer from Natalie Cole – a really great record from the time when she really seemed to be starting out her career with a bang! As with other gems on Capitol, the record features some great production work from Marvin Yancy and Chuck Jackson, getting a bit of help here from Gene ... LP, Vinyl record album

For The Sake Of Love
Capitol, 1980. Sealed
LP...$9.99
Nice batch of modern soul tracks by this obscure vocalist from the late 70s. The album's a mix of uptempo and mellower titles, but Donna's voice is nice and soulful, and the record sports some good arrangements by Benjamin Wright and Tom Tom 84. Titles include I'll Let Nothing Separate Us", ... LP, Vinyl record album

If I Had A Hammer
Capitol, Late 60s. Very Good
LP...$34.99
A great album of bluesy soul, recorded for Capitol by Bobby Robinson – who previously owned the Fire/Fury label! Beautiful hard-hitting material – and includess the hit "Oooh Baby How I Love You" – plus "You Are Mine", "It's Too Late", and "I ... LP, Vinyl record album

Workin' On A Groovy Thing
Capitol, 1968. Near Mint-
LP...$29.99
One of Patti Drew's excellent (and rare) soul albums for Capitol from the late 60s – proof that the uptown sound could come out of the Windy City! The album's got a great bouncy Chicago 60s soul approach – with that sort of pop swing feel that a lot of the Chi-town female singers were ... LP, Vinyl record album

Natalie Live!
Capitol, 1978. Sealed 2LP Gatefold
LP...$14.99
Natalie Cole gets some great Chicago soul help here from Richard Evans and Gene Barge – who did the original arrangements – which are adapted by Don Hannah for performance, then conducted by Linda Williams! That's a mouthful, but under the guidance of Charles Jackson and Marvin Yancey ... LP, Vinyl record album

Soul Groove!
Capitol, 1970s. Near Mint-
LP...$6.99
One of those compilations that was either a loss leader, or a commercial attempt to capitalize on past hits laying around the vaults (often sold in supermarkets and drug stores), but still quite a respectable collection of soul and jazz numbers from Capitol: Nancy Wilson "Uptight (Everything's ... LP, Vinyl record album

Sun Power
Capitol, 1977. Very Good+
LP...$24.99
A solid smoker from Sun – the kind of tight funk set that made the group one of the greatest soul acts on Capitol Records during the late 70s! There's a wicked Ohio vibe going on throughout – everything focused together, and right on the money – even despite the large size of the ... LP, Vinyl record album