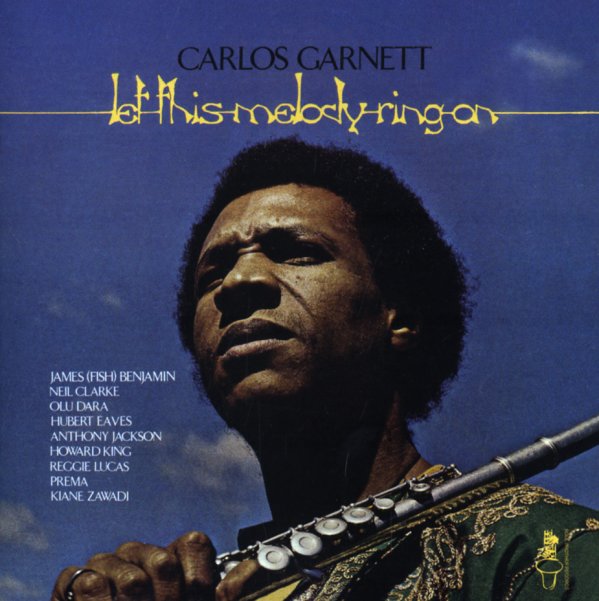 Let This Melody Ring On

Soaring soul from Carlos Garnett – one of the reedman's key 70s sides for the Muse Records label – work we'd rank right up there with the spiritual best of Gary Bartz or Norman Connors at the time! Like both of those contemporaries, Garnett's really reaching for something new in the post-Coltrane generation – mixing electric and acoustic instrumentation with compelling rhythmic changes – and often letting in a bit of vocals as well. Most of the music here is instrumental – with Garnett on tenor and baritone sax, plus the great Hubert Eaves on keyboards and Reggie Lucas on guitar – but some tracks also feature very nice vocals from Prema, a female singer who takes up the same sort of role you might find Dee Dee Bridgewater doing with Connors, or Jean Carn with husband Doug. The blend is wonderful, and the vocals really help give the musical message some weight when the come into the mix – and titles include "Panama Roots", "Senor Trane", "Samba Serenade", and "Ghetto Jungle".  © 1996-2021, Dusty Groove, Inc.