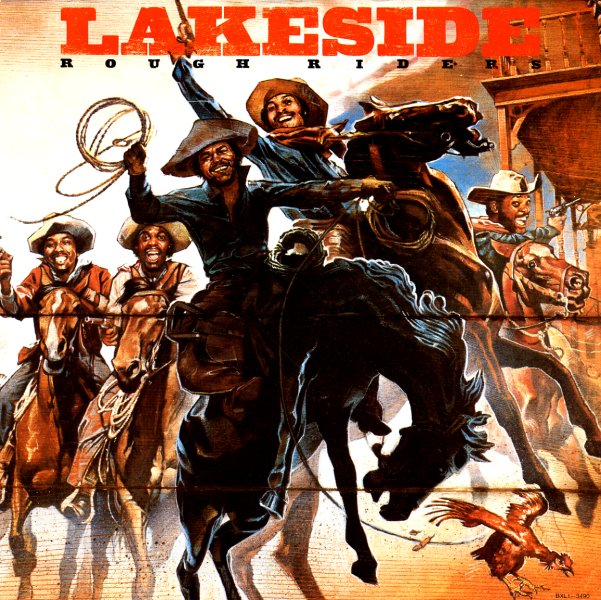 Nothing rough about these riders – as the album's a sweet second effort from Lakeside – Ohio funk given a sweet LA glow, thanks to the Solar Records power duo of Leon Sylvers and Dick Griffey! The Midwest/Cali bridge is perfect here – as there's lots of raw roots given a tight focus on the record – that move that not only made groups like Lakeside a key force in the evolution of funky soul at the end of the 70s, but also helped pave the way for a decade of music to come – and lots of later influence on hip hop as well! Titles include the super-funky "If You Like Our Music" – plus "Pull My Strings", "I Can't Get You Out Of My Head", "From 9:00 Until", "I'll Never Leave You", and "All In My Mind".  © 1996-2020, Dusty Groove, Inc.
(Out of print Right Stuff pressing.)

Slow Jams – Timeless Collection Vol 6
Right Stuff, 1970s/1980s. Used
CD...$6.99
Cheesy packaging, to be sure – but a pretty decent collection of smooth soul cuts from the 70s and 80s! Titles on this volume include "Love's Holiday" by Earth Wind & Fire, "After The Pain" by Betty Wright, "Just Shopping" by The Dramatics, "Losing ... CD