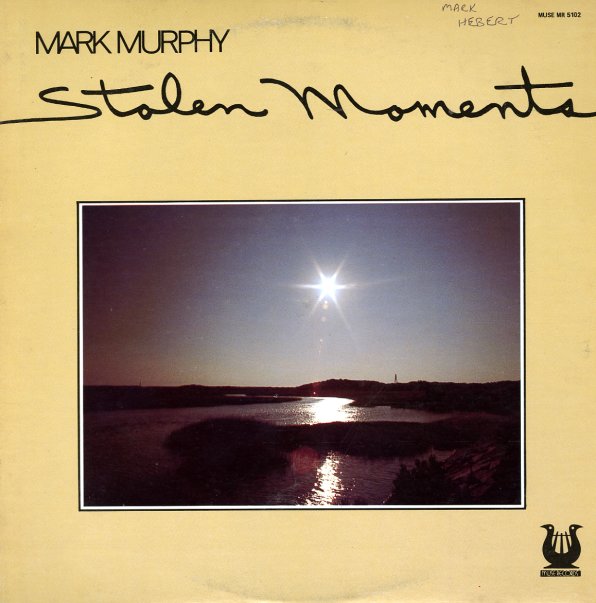 One of his best for Muse, with a beautiful set of jazzy vocal grooves that includes his reading of "Stolen Moments" (later made famous by United Future Organization), plus "D.C. Farewell" and an excellent version of "Waters of March". Warm and breezy, with that perfect style that Murphy had for a brief while in the 70s – and which has continued to be such a huge influence on groovers today!  © 1996-2021, Dusty Groove, Inc.
(Cover has light wear and a name in pen.)

Mark Murphy Sings Nat's Choice – The Nat King Cole Songbook Vol 2
Muse, 1985. Near Mint-
LP...$6.99
A second helping of songs from the Nat King Cole songbook – served up by Mark Murphy as one of his most sensitive albums of the time! Backings here are relatively spare on all tracks – just guitar on some numbers, bass on others, or keyboards on the rest – a very different style ... LP, Vinyl record album

Swingin Singin Affair (blue cover)
Fontana, 1965. Very Good+
LP...$11.99
A rare British session from vocalist Mark Murphy – and one of his grooviest albums of the 60s! Mark's working here with great backings from the orchestras of Tubby Hayes, John Dankworth, and Les Reed – all of whom give Murphy some of his hippest grooves to date, very much in the mode ... LP, Vinyl record album

That's How I Love The Blues
Riverside, 1962. Very Good
LP...$9.99
Given what a freewheeling, open-minded, and lyrical jazz singer Mark Murphy is, it's hard to imagine him really loving "the blues" – and fortunately, most of that love is extended in the title, because the album itself is less of the blues effort that you might think. True, the ... LP, Vinyl record album