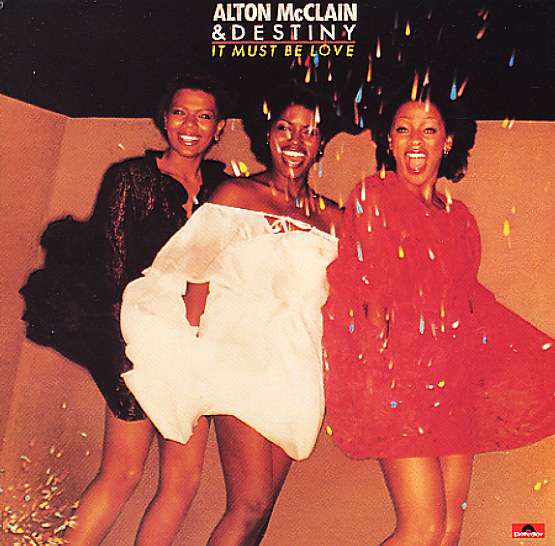 It Must Be Love

Sweet late 70s modern soul from Alton McClain & Destiny – a great little female vocal trio with a sound that ranges from lightly funky to soaringly soulful! The group kind of follow in a tradition started by Honeycone and First Choice, and improved upon by The Emotions – and like that latter group, the girls move from the easier disco tracks that you'd normally expect, into a range of soulful styles that all come off equally well with their vocal technique. Webster Lewis handled some of the sweeping string arrangements – and players include Wah Wah Watson on guitar and Lee Ritenour on keys. Titles include "Crazy Love", "Sweet Temptation", "Taking My Love For Granted", "My Empty Room", "Push & Pull", and "The Power Of Love".  © 1996-2020, Dusty Groove, Inc.
(Part of the Free Soul 20th Anniversary series!)