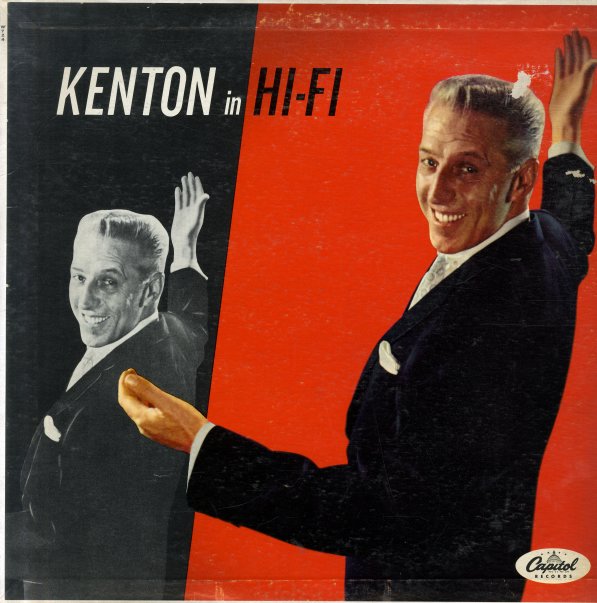 Easily the most successful album that Stan Kenton ever recorded – a brilliant reworking of older Kenton band standards, done with the dynamics of the 50s hi fi scene! The album's a much-needed one to any fan of Stan's genius – as the tunes are presented here in recordings that really sparkle a lot more than their original 40s readings – recordings that not only benefit from the better fidelity of the time, but also from Kenton's finer-tuning on the arrangements, in a way that pushes his original vision even more strongly than before. Players include Lennie Niehaus, Maynard Ferguson, Pete Candoli, Jack Nimitz, Vido Musso, and Bill Perkins – and titles include "Artistry Jumps", "Interlude", "Minor Riff", "Painted Rhythm", "Southern Scandal", and "Eager Beaver".  © 1996-2021, Dusty Groove, Inc.
(Black label pressing. Cover has light wear.)

Journey To Capricorn
Creative World, 1976. Very Good
LP...$0.99
One of the best of Stan's mid 70s albums – a very hip set of big band tracks that swings with a fluid and soulful approach that you wouldn't normally associate with the Kenton groove! In a way, the overall feel here is somewhere in the territory of some of Woody Herman's excellent early 70s ... LP, Vinyl record album