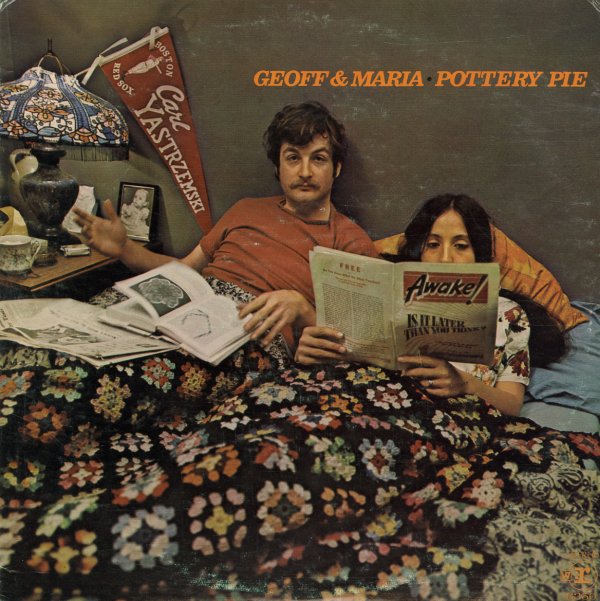 The duo of Geoff and Maria Muldaur – caught here at a perfect point in their career – and sounding especially nice with some great production from the legendary Joe Boyd! The album's got a more contemporary vibe than the early jug band material from Geoff – but it's also not in the smoother territory of Maria's later solo sides – and instead has this great blend of early 20th century musical elements with a hipper late 60s aesthetic – put together in ways that are never forced or hokey at all! In fact, the set may well be one of the best mergers of these modes from the Warner scene at the time – and the music is given a slight country current from the lead guitar of Amos Garrett, and pedal steel of Bill Keith. Titles include "Prairie Lullabye", "Trials Troubles Tribulations", "New Orleans Hopscop Blues", "Catch It", "Death Letter Blues", and "Brazil".  © 1996-2021, Dusty Groove, Inc.
(Out of print, punch through barcode.)