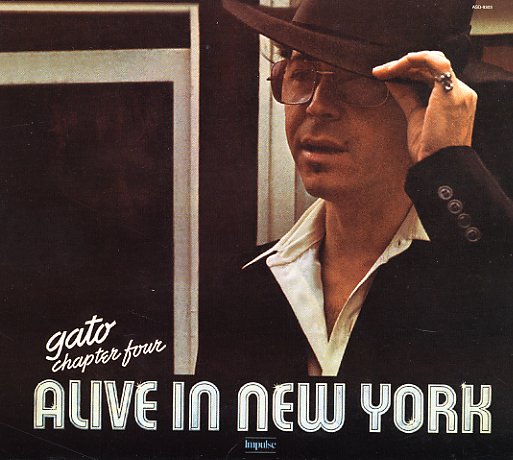 Searing live work from Gato Barbieri – a brilliant little album that follows on the spirit of his other Latin America sessions for Impulse! The format here is similar to those studio outings – an organic blend of percussion, keyboards, and sax – all bubbling together in a highly rhythmic mode that easily shifts between electric and acoustic statements, all in a jazz-based pursuit of older Latin American rhythms and expressions! Eddie Martinez plays some great Fender Rhodes on the album – ringing out with warm tones that are strongly offset by Gato's sharp-edge tenor lines – and all tracks are nice and long, and flow with a sense of creative energy that almost surpasses the studio albums in the series! Titles include "Milonga Triste", "La China Leoncia", "Baihia", and "Lluvia Azul".  © 1996-2020, Dusty Groove, Inc.
(Out of print.)