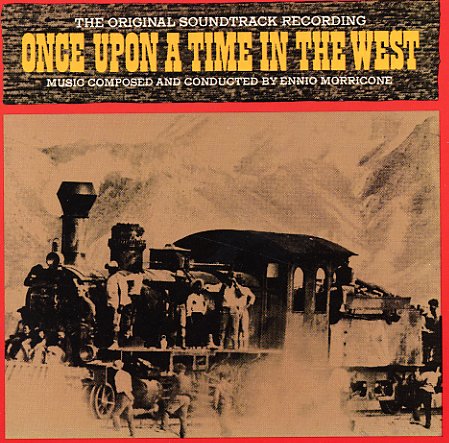 One of Morricone's most famous scores – and certainly the one that got him recognized worldwide as a genius! The whole thing's pretty damn eerie – about as eerie as the movie, which is a real stunner – and it shifts from dark orchestral themes to sparer numbers that use guitar, banjo, and some really creepy whistling to set the mood. Some tracks feature vocal work by I Cantorni Moderni, directed by Alessandro Alessandroni – and titles include "Death Rattle", "Farewell To Cheyenne", "As A Judgement", "Once Upon A Time In The West", "Jill's America", "The Man", "Man With Harmonica", and "Bad Orchestra".  © 1996-2022, Dusty Groove, Inc.
(Still sealed.)

Music Of Ennio Morricone
Point (Holland), 1988. Used
CD...$2.99
Features music from Once Upon A Time In The West, My Name Is Nobody, Orient Express, Untouchables, Fistful Of Dynamite, Le Professionnel, Once Upon A Time In America, and Fistful of Dollars. CD

Two Mules For Sister Sara (2CD expanded edition)
Kapp/La La Land, 1970. Used
CD...$19.99
A really fantastic score from Ennio Morricone – maybe better this time around than the images on the screen for some of his other westerns of the period – more proof that the maestro was always willing to rise above, and give his best no matter what the setting! The music begins with ... CD