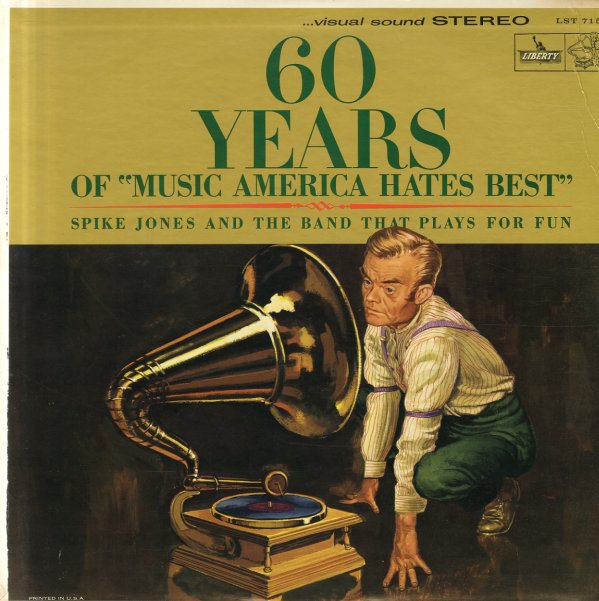 Later Liberty work from Spike Jones – but every but as crazy as his earlier material for RCA – featuring some updated parodies of classic songs!  © 1996-2020, Dusty Groove, Inc.
(Stereo pressing – still sealed! Cover has a cut corner.)

Dinner Music For People Who Aren't Very Hungry
Verve, Late 50s. Near Mint-
LP...$6.99
A really goofy little record – one that has the great Spike Jones taking on the hi-fi generation – demonstrating the qualities of your system with a huge amount of sound effects mixed with music! LP, Vinyl record album

Quiet Village
Liberty, Late 50s. Near Mint-
LP...$14.99
An undisputed classic in the exotica genre – and the record that yielded Martin Denny his biggest hit! The title track "Quiet Village" was originally written by Les Baxter, but it was Martin Denny's approach that really managed to send the tune over the top – using spare ... LP, Vinyl record album

Fantastic Percussion!
Liberty, Late 50s. Very Good+
LP...$1.99
Lots of percussion – and loud! Slatkin's normally a bit sleepy, but this record's filled with drums and chimes and vibes and loads of exotic percussion instruments – and swings with a groove that's in the best of the Liberty easy styles from the late 50s. Titles include "Night ... LP, Vinyl record album