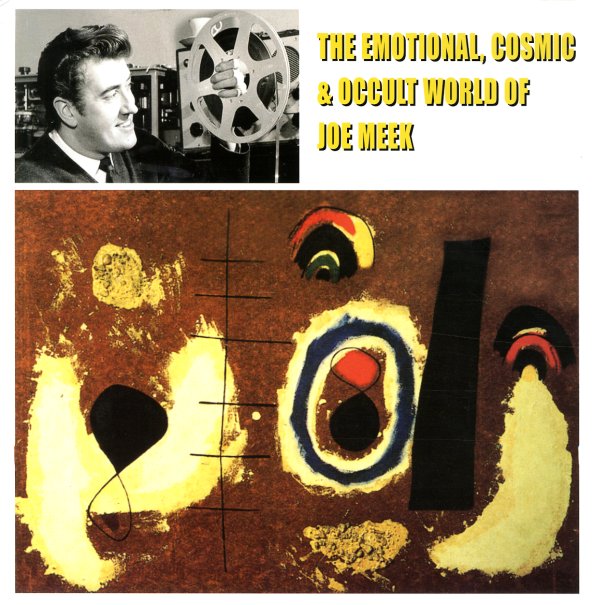 A host of amazing productions from the legendary Joe Meek – the UK studio genius who made some really incredible music in the 60s! Joe had a sense of echo, space, and electronics that was unrivalled by anyone else working in London at the time – and his music here easily rivals the best offbeat sounds coming from the American west coast, particularly the LA and Pacific Northwest scenes! There's lots of great guitar moments and sharp garagey edges – and lots of those weird, unusual instrumental moments that made Meek's music sound moogy years before the moog was invented. But there's also some wonderfully dramatic pop vocals too, which bring this sense of life to these tunes that never gets old. Titles include "Valley Of The Saroos" by The Blue Men, "Johnny Remember ME" by John Leyton, "Crazy Drums" by The Outlaws, "North Wind" by Chick Lewis, "Singing The Blues" by Jason Eddie & The Centremen, "Night Of The Vampire" by The Moontrekkers, and "The Angry Desert" by The Sound Offs.  © 1996-2021, Dusty Groove, Inc.