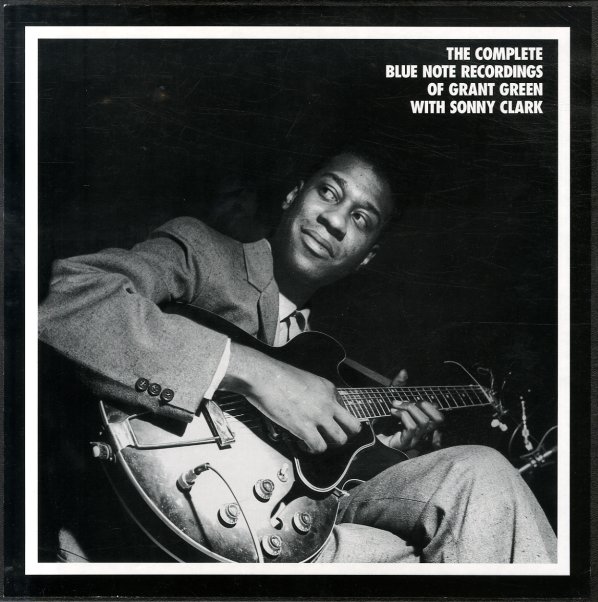 Although Grant Green has been getting a lot of attention lately for his heavy-duty funk work of the late 60s, it's the subtly beautiful work of the early 60's that first caught our attention years ago. From the start of his young career, Green was an amazing player who had developed a unique single-note approach to soloing that was positively riveting. And while his appearances on other Blue Note albums were filled with a heavy soul jazz sound that had Green playing next to organ and tenor, material like this gives you a perfect chance to hear how well he could swing a group on his own, with little other accompaniment than a tight rhythm section, and some soulful piano from Sonny Clark. None of this material was issued at the time. Includes material that appeared on the later albums Gooden's Corner, Oleo, Born To Be Blue, and Nigeria – plus tracks from The World Of Jazz Guitar, and Blue & Sentimental by Ike Quebec.  © 1996-2023, Dusty Groove, Inc.
(Limited, numbered pressing – with booklet!)