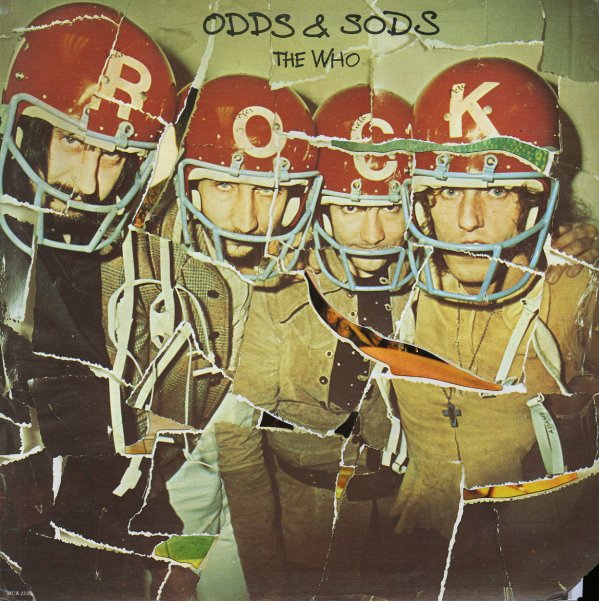 Who's Next – Deluxe Edition
MCA, 1971. Used 2 CDs
CD...$11.99 14.99
One of the greatest records ever by one of the greatest bands ever – presented here in a super-expanded edition that really adds a lot of bonus material! The core 9 tracks of Who's Next are the stuff of legend – classics like "Baba O'Riley", "Bargain", "Going ... CD

Countdown To Ecstasy
ABC/MCA, 1973. Used
CD...$4.99
Superb work from Steely Dan – and a record that really shows them hitting perfection in the studio! The core sound of this one's jazzier than before – with some great help on instrumentation from Victor Feldman, Lanny Morgan, Bill Perkins, and other west coast jazzers – all ... CD

Can't Buy A Thrill
ABC/MCA, 1972. Used
CD...$4.99
The first album from Steely Dan, and a really nice chapter in their career – one that's maybe a bit less iconic than the late 70s records, but in a way that really keeps things interesting! There's definitely less jazz and polish than on the later albums – but already, the group are ... CD

Aja
MCA, 1977. Used
CD...$4.99 (LP...$34.99)
An undisputed masterpiece, and a record we never tire of hearing – unabashedly the inspiration for our years of jazzy exploration as adults, even though it was probably the closest thing we ever got to the genre as wee lads! Walter Becker & Donald Fagan raise their already-high bar to ... CD

Royal Scam
ABC/MCA, 1976. Used
CD...$4.99
My God, what a record! This one's genius through and through – a set that sometimes gets eclipsed in the brilliance to come, but which is easily one of our favorites ever by Steely Dan! There's a beautifully focused feel here – thanks to Donald Fagan's incredible lead vocals, and a ... CD