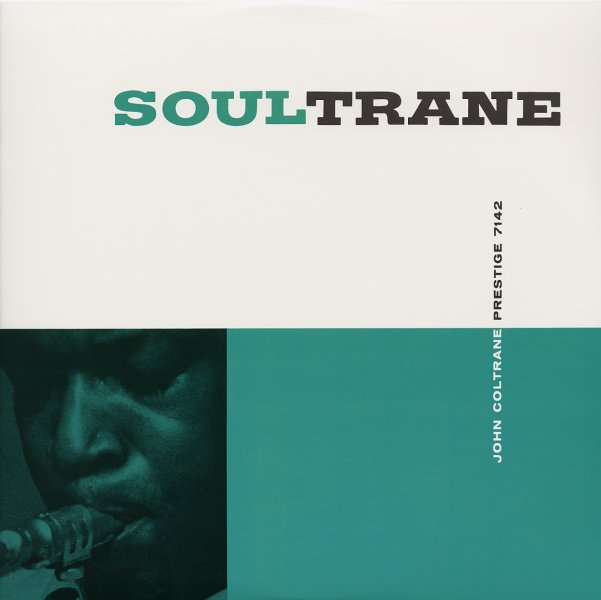 Also available
John Coltrane — Soultrane (RVG remaster series) ... CD 6.99
A bold early statement from a young John Coltrane – and an album that really has him expanding his talents as a tenor soloist! Coltrane's working here in open-ended quartet format – with backing from the Red Garland trio that includes Paul Chambers and Art Taylor – on a set of longer tunes that really let the young Trane stretch out on his solos, unobstructed by any other horns in the lineup. There's a nice mix of hardbop ideals, gentle ballads, and personal soul to the set – and titles include Coltrane's classic reading of Tadd Dameron's "Good Bait", plus "I Want To Talk About You", "Russian Lullaby", and "Theme For Ernie".  © 1996-2023, Dusty Groove, Inc.
(Out of print 50th Anniversary edition with 20 bit K2 remastering. BMG club pressing.)