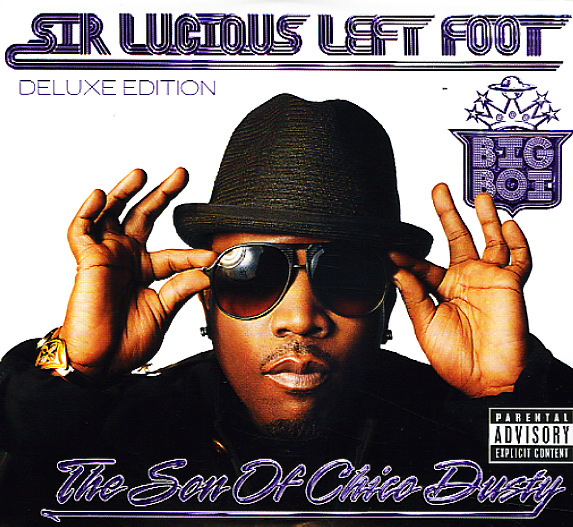 A solo set from once and hopefully future half of Outkast Big Boi – and he delivers big here for Def Jam – classic Outkast level excellence from Sir Lucious Leftfoot! Production by Organized Noize, Scott Storch, J Beattzz, DJ Cutmasta Swiff and others, many songs with co-production credit to Big Boi, and we would take that seriously. The way his deft, charismatic rhymes meld with spacey thumping funk beatcraft doesn't feel like a batch of commissioned productions, but a unique, flowing tapestry that's got Big Boi written all over it. Fantastic and heartening to us to see a hip hop veteran and longtime favorite delivering this sharply and adventurously after all these years. 15 tracks: "Daddy Fat Sax", "Turns Me On" with Sleepy Brown & Joi, the instant classic single "Shutterbugg" feat Cutty, "General Patton", "Tangerine" feat TI & Khujo Goodie, "Hustle Blood" feat Jamie Foxx, "Be Still" with Janelle Monae, "Fo Yo Sorrows" feat George Clinton , Too Short & Sam Chris, "Shine Blockas" feat Gucci Mane, "Back Up Plan" and more.  © 1996-2021, Dusty Groove, Inc.