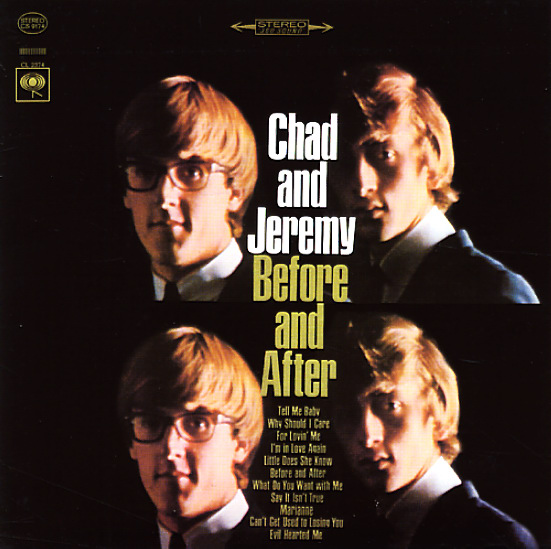 Chad & Jeremy's first album for Columbia Records – also their first recorded in the US, a nice mix of pop vocal, Brit invasion, and folksy styles, handled in the studio by producer Lor Crane. The sound here has a simple elegance – great pop tunes written by the duo, with slight touches of Beatles-esque guitar work, augmented by some larger arrangements that never get in the way, but manage to take the tunes beyond just simple 60s pop. Titles include "Evil Hearted Me", "Can't Get Used To Losing You", "Before & After", "Why Should I Care", and "Tell Me Baby".  © 1996-2021, Dusty Groove, Inc.
(360 Sound stereo pressing. Cover has light wear, with a few small stains and a name in pen on the back.)