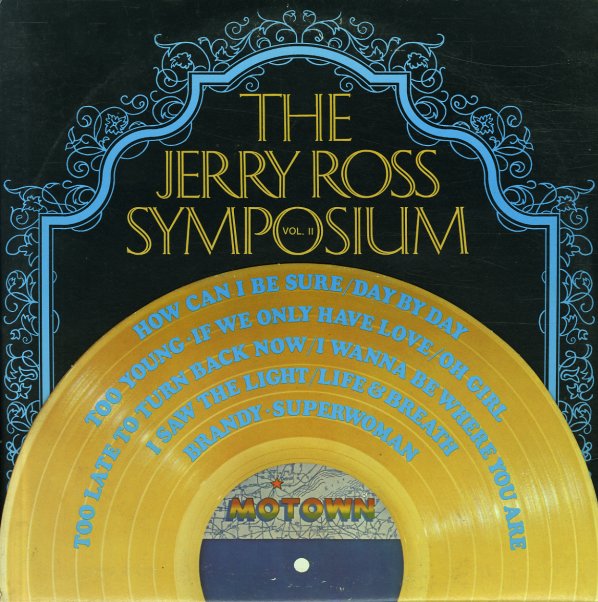 Sweet and easy grooving from The Jerry Ross Symposium! Jerry was a successful producer for Motown and Mercury – and was stepping more into the limelight with The Jerry Ross Symposium – a mostly instrumental group dedicated to exploring the hipper side of easy listening – aided heavily by Claus Ogerman, who arranged the set! Some cuts have dreamy chorus vocals in the background – but the main sound comes from Ogerman's masterful way of smoothing together the horns and giving the record a rolling bass at the bottom – using the electric instrument in a mode that he'd picked up from European easy of the 60s, and which emerges here with the voices in a cool style that's almost got an MPS easy sort of feel. Titles include "Superwoman", "Too Late To Turn Back Now", "How Can I Be Sure", "Day By Day", and "Too Young".  © 1996-2022, Dusty Groove, Inc.
(White label promo. Cover has a promo ink stamp, some edge wear, a small peeled spot from sticker removal on front, and is lightly bent at the front panel.)