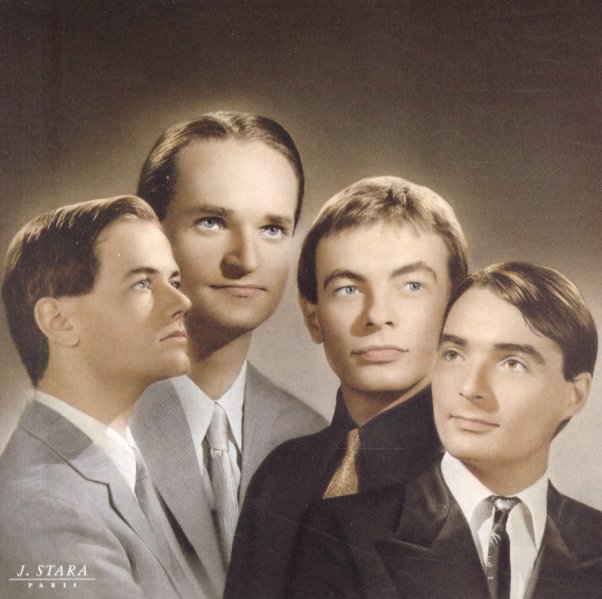 An incredibly lovely record from Kraftwerk – fashioned along the same suite-like style as Radio Activity, and served up with some haunting and charming tunes throughout! The electronics are quite spare, yet very thoughtful – never a note out of place, as the quartet build their careful efforts together to create a tapestry of surprisingly warm sounds – using just a bit of vocals in really great ways, and almost prefacing a whole generation of UK and Euro pop to come – yet without any of their schmaltz! Titles include "Europe Endless", "Hall of Mirrors", "Abzung", "Franz Schubert", and "Showroom Dummies" – not to mention the awesome title track and electro break number "Metal On Metal".  © 1996-2022, Dusty Groove, Inc.

James Taylor
Apple, 1968. Used
CD...$4.99
As warm and wonderful of a late 60s singer songwriter effort as we can imagine wanting to hear in the late 60s mainstream – so it's fitting that James Taylor was signed with the Beatles' Apple Records for this excellent self-titled album! The lyrics chronicle a troubled soul, but man, did ... CD