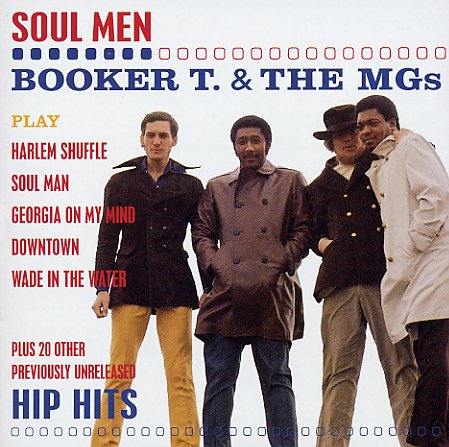 It's like a dream come true! This CD contains 25 tracks of unreleased Booker T & The MGs material, cut during their classic years at Stax during the 60s, but never issued until the release of this CD! The tracks on the CD are all cover versions of other 60s tunes – "hip hits", if you will – but the group does as great a job as always with the material, taking each tune and investing it with a keen Memphis soul groove, thanks to Steve Cropper's raunchy guitar and Booker T's excellent organ! Titles include "Baby, Scratch My Back", "I Was Made To Love Her", "Day Tripper", "On A Saturday Night", "Spoonful", "Soul Man", "Downtown", "The Letter", and "Raunchy". Sounds like filler material – but it's great stuff by this classic instrumental group!  © 1996-2021, Dusty Groove, Inc.
(This album also issued in the UK as Play the Hip Hits.)