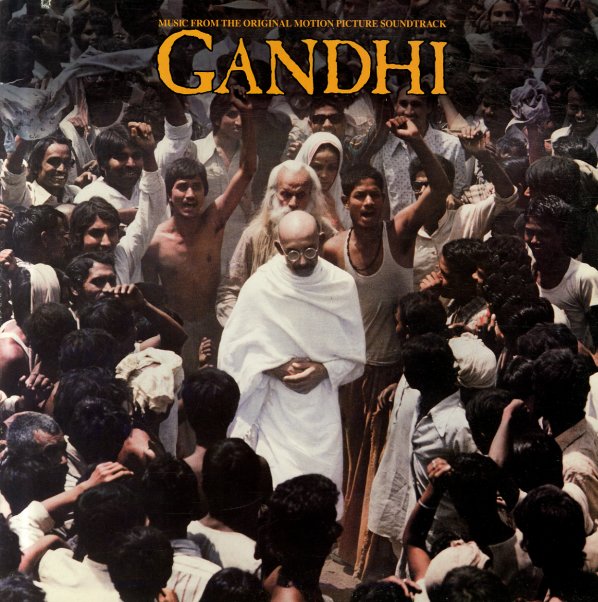 My Geisha
RCA, 1962. Near Mint-
LP...$7.99
Shirley MacLaine as a geisha? Weirder things have certainly happened on screen – but the film still definitely stands out as one of the odder 60s cinematic moments! Fortunately, Franz Waxman scores the whole thing with enough of a serious air to offset the silliness – and actually, ... LP, Vinyl record album

Les Uns Et Les Autres
RCA (France), Late 70s. Near Mint- 2LP
LP...$4.99
Two of the greatest French soundtrack composers ever – working side by side in this epic soundtrack for a late 70s film by Claude Lelouch! The story spans decades of French histories, and the style of the music follows suit – starting with early 20th Century danceband work, and moving ... LP, Vinyl record album

Night Of The Hunter
RCA, 1955. Near Mint-
LP...$29.99
A pretty cool album that features the soundtrack to the chilling Robert Mitchum film – but recast in album form, and linked together with spooky narration by Charles Laughton! Although Mitchum only makes a few appearances on the record, you do hear him singing some of the spooky songs from ... LP, Vinyl record album

Music From Mr Lucky
RCA, 1959. Near Mint-
LP...$4.99 6.99
One of the greatest soundtracks ever from the early years of Henry Mancini – a hip jazzy TV score that we've loved for years! The jazzy theme to "Mr Lucky" is reason enough to buy this album – as it's got these wonderful warm washes of sound, interlayed in a way that makes ... LP, Vinyl record album

World Of Suzie Wong
RCA, 1960. Very Good
LP...$2.99 4.99
A strange film, but a great soundtrack! George Duning came up with an excellent batch of jazzy tracks for the film – and most of them swing hard and tightly, with strong jazzy solos, in a manner that's similar to some of Mancini's best scores of the late 50s. A number of tracks have odd ... LP, Vinyl record album

Finnegan's Wake
RCA, 1968. Near Mint-
LP...$9.99 14.99
A wild soundtrack – as shocking and modern as James Joyce's original book! The record contains snippets of dialogue from the film, mixed with lots of electronic effects, musique concrete, and some orchestral passages, all overlapping and run together. The effect is great – a bit 60s ... LP, Vinyl record album