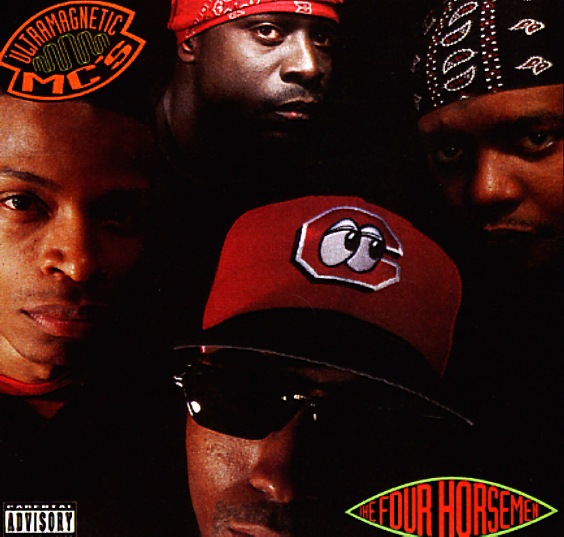 The last of the classic from the initial years of the Ultramagnetic MCs. The lyrics are still in the abstract style the Ultramags are famous for, but this time they're a little less manic – despite Kool Keith dropping his trademark madness. Ced Gee's production is still up to par to say the least – this one still sounds great! Tracks include "Two Brothers With Checks (San Francisco, Harvey)", "One, Two, One Two", "We Are The Horsemen", "Saga Of Dandy, The Devil & Day" (about Negro League baseball), "Adventures of Herman's Lust", and "Delta Force II." 14 tracks in all.  © 1996-2021, Dusty Groove, Inc.
(Out of print.)