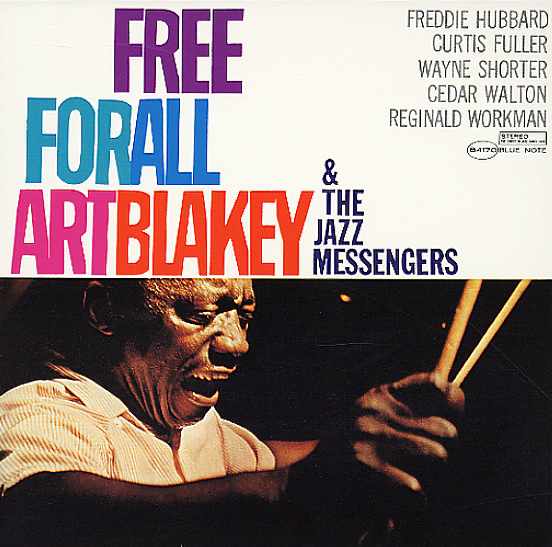 Free For All (75th Anniversary Edition)

Hardly a free for all at all – as the album's a masterpiece of focus and direction, and a classic set from the sextet lineup of the Jazz Messengers! The album's a real feather in the mid-60s cap of Art Blakey –and features an expanded sound from the quintet era of his group – with a sublime horn lineup that features Wayne Shorter on tenor, Freddie Hubbard on trumpet, and Curtis Fuller on trombone – all gliding along these soaring piano lines from Cedar Walton! Reggie Workman works some real magic on bass, too – and the tracks are all very long – with titles that include "Free For All" and "Hammer Head" – both written by Shorter – plus "The Core", by Hubbard, and a beautiful version of Clare Fischer's "Pensativa".  © 1996-2021, Dusty Groove, Inc.