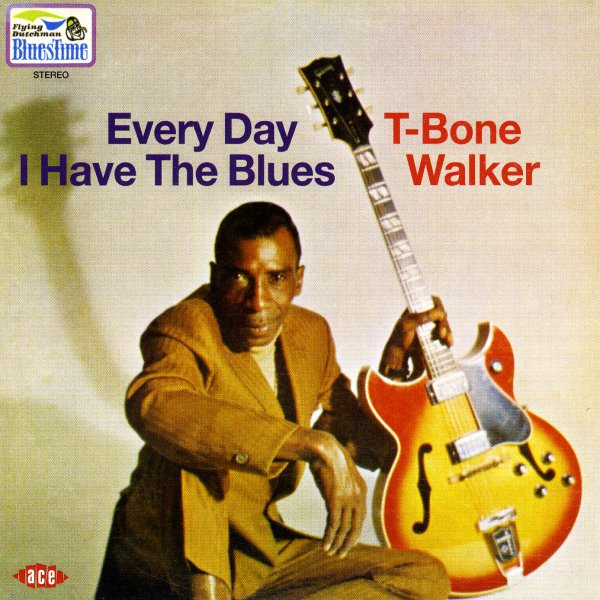 Every Day I Have The Blues (with bonus tracks)

A sweet funky set from the mighty T-Bone Walker – a record that still includes loads of his wickedly sharp guitar lines, but which also gives him a tight groove with electric bass and great drums from the legendary Paul Humphrey! The bottom end here kicks as much as Walker's work on the top – which gives the record a cool crossover mix of blues, soul, and funk – not that different from some of the funky blues experiments going on over at Chess Records at the time, but with more of an LA twist. A young Tom Scott plays some great tenor lines on the record – and titles include "Vietnam", "T Bone Blues Special", "Sail On", "For BB King", "Cold Cold Feeling", and "Shake It Baby". CD features two bonus tracks – live versions of "Sail On" and "Stormy Monday Blues".  © 1996-2021, Dusty Groove, Inc.