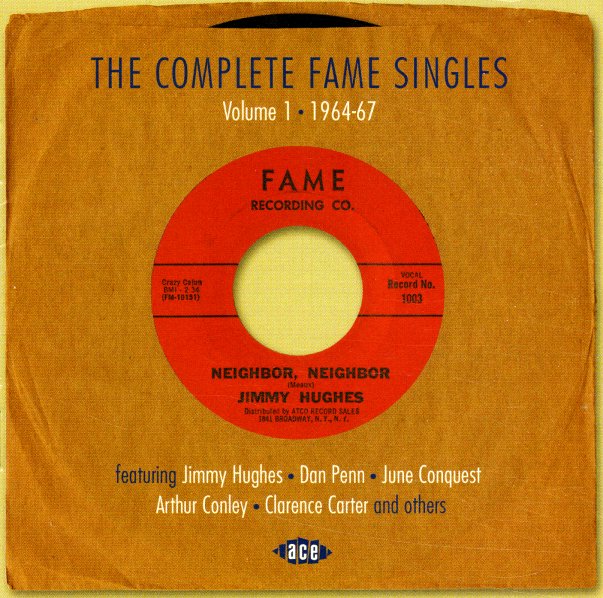 Legendary work from one of the greatest soul labels ever – a tiny Alabama imprint that helped bring the Muscle Shoals sound to the masses – thanks to the work of producer Rick Hall, and his crack band of session players! The music here set a whole new standard for soul in the south – and really helped bridge older 50s modes and the new wave of more expressive, more sophisticated singers – an evolution that you'll really hear over the span of the label's complete singles, even in this first volume. A few names here are big – like Jimmy Hughes and Arthur Conley – but there's also some great lesser-knowns that really make the collection great – some singers we never even knew recorded for Fame, and a few session players as stars on their own – like Dann Penn or Spooner Oldham. Titles include "Wish You Didn't Have To Go" by Spooner & The Spoons, "Party Talk" by June Conquest, "She Wants What She Can't Have" by Terry Woodford, "You're Gonna Lose That Girl" by The Villagers, "In The Same Old Way" by Arthur Conley, "You Can't Believe Everything You Hear" by Jimmy Hughes, "The Road Of Love" by Clarence Carter, "Take A Good Look" by James Barnett, "Let Them Talk" by Dann Penn, "A Piece Of My Heart" by Art Freeman, and "Time Will Bring You Back" by Jimmy Hughes. 52 tracks in all – with both a and b-sides too!  © 1996-2022, Dusty Groove, Inc.