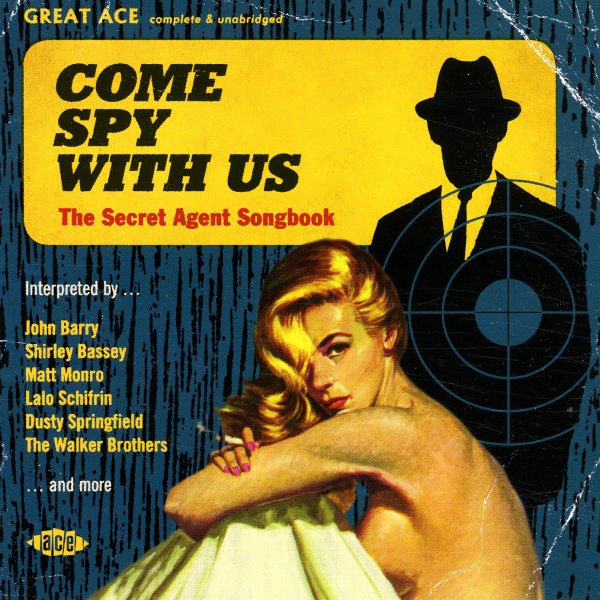 Seminal spy sounds from the 60s – a treasure trove of spy-themed tunes, and one that features loads of material you might not hear otherwise! The set doesn't feature the big hits from the James Bond films, and instead includes all the great little records that sprung up in the wake of those movies – cool jazz, vocal, and instrumental records that sometimes feature weird reworkings of more famous soundtrack numbers, sometimes lesser-known cuts from b-grade films, and sometimes fresh new spy numbers on their own! The style ranges from groovy guitar numbers to blaring jazzy tracks to slinky steppers that find a very cool balance between suspense and swing. Titles include "Dr Goldfoot & The Bikini Machine" by The Supremes, "The Last Of The Secret Agents" by Nancy Sinatra, "Theme From Danger Man" by Red Price, "A Man Alone" by John Barry, "Deadlier Than The Male" by The Walker Brothers, "Burke's Law" by Wynton Kelly, "We Should've" by Cleo Laine, "Our Man Flint" by Billy Strange, "Theme From Where The Spies Are" by Jimmy Smith, "The Liquidator" by Shirley Bassey, "I Spy" by Roland Shaw, "Come Spy With Me" by Smokey Robinson & The Miracles, and "High Wire" by Brian Fahey.  © 1996-2023, Dusty Groove, Inc.