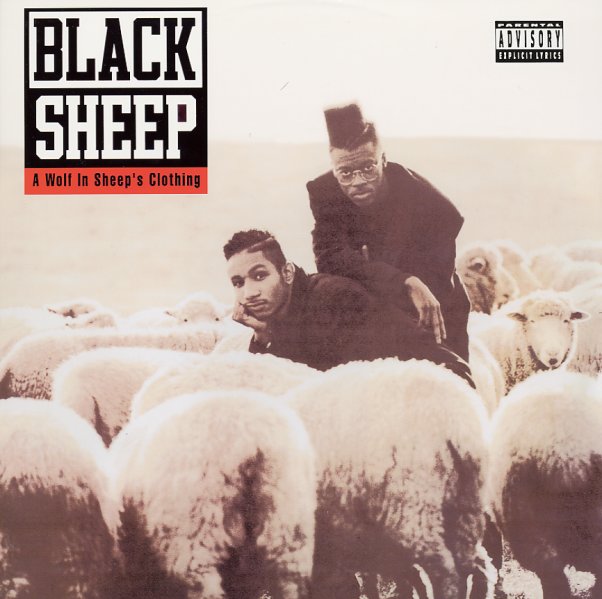 Black Sheep
Mercury
Mercury (label)
Get On Down
Get On Down (label)
Hip Hop (CD, LP)

An early 90s Native Tongues classic – one that sounded great way back when, and has held up beautifully over the years – and rightly considered amongst the greatest hip hop albums ever! Wolf In Sheep's Clothing is playful rap at its best, with funky and and funny cuts galore – but the title is apt, as the wit is pretty sharply barbed – especially when they're skewering hardcore and gangsta cliches. It's as brilliant as ever. Includes the massive "Flavor Of The Month", "Similak Child", "Pass The 40", "To Whom It May Concern", "Butt In The Meantime", "Strobelite Honey", "Are You Mad?", "Blunted", "For Doz That Slept" and more.  © 1996-2021, Dusty Groove, Inc.
(2LP pressing – better sound than the original!)