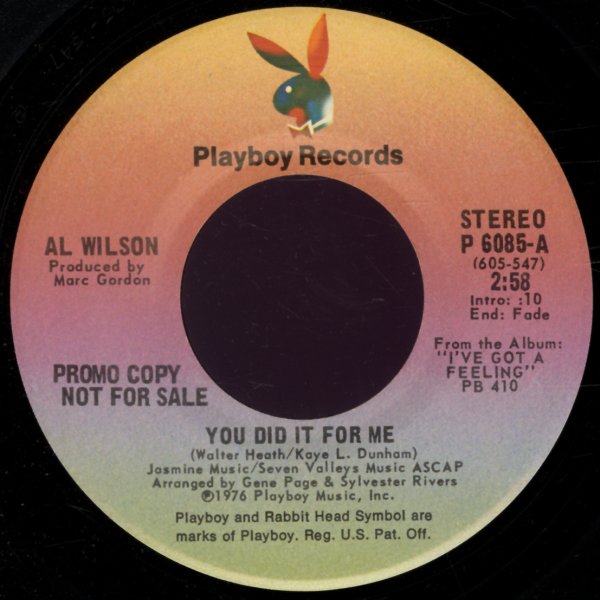 You Did It For Me (mono, stereo)