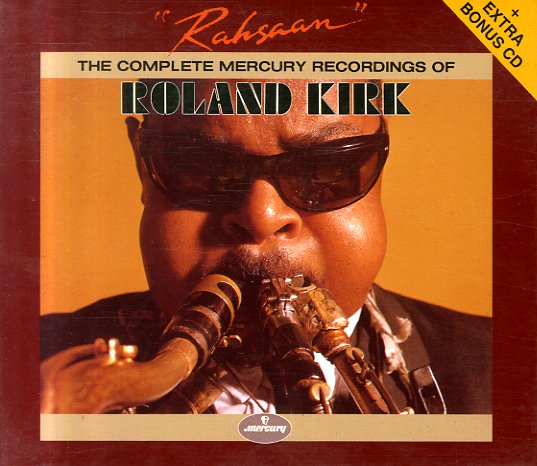 A beautiful box set, and one that's filled with amazing material by one of our favorite players of all time! Roland Kirk's work for Mercury has always been darn tough to come by on wax, and even though a number of titles have been reissued individually over the years, this box set is still the best way to approach his early and mid 60's work for Mercury and related labels. The set's got a whopping 10 CDs in all – plus a bonus CD of unreleased stuff – and it's filled with rare material, live tracks, big band tracks, and just plain ol' great hard-wailing straight ahead material by Roland. Players on the set include Jaki Byard, Benny Golson, Wynton Kelly, Roy Haynes, Andrew Hill, Elvin Jones, and Horace Parlan. Very nice, and one you won't tire of quickly!  © 1996-2020, Dusty Groove, Inc.
(Please note this copy includes the booklet, which has light wear, but is missing the original slipcover.)

Here Comes The Whistleman
Atlantic (Japan), 1965. Used
CD...$11.99
A stone classic from Roland Kirk – and a record that beautifully balances his modern ideas and playful energy – as you might guess from the title! While posing as the "whistleman", Roland's also pushing the boundaries of jazz a few steps forward too – not just in modern ... CD