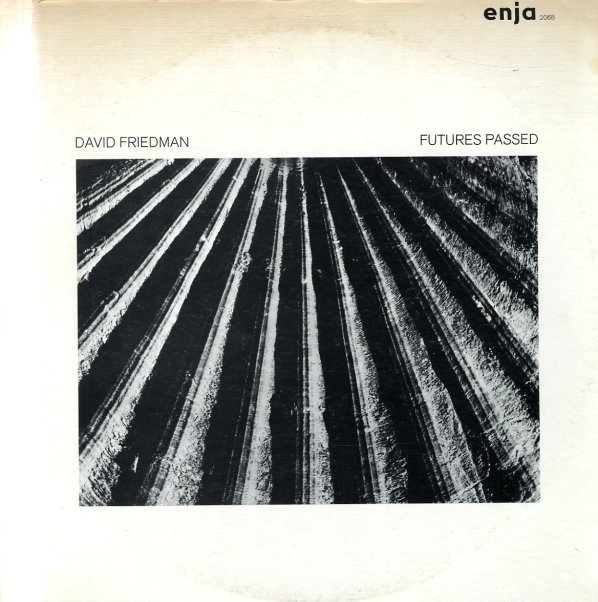 One of the coolest, grooviest albums we've ever heard from vibist Dave Friedman – a set that really lives up to the promise we sometimes expect from other records of his, but never find this clearly! Friedman plays both marimba and vibes – the latter with this bold, chromatic quality that comes through even in gentle moments – a bit like Gary Burton, but turned towards much more varied ends here – as the songs really shift in mood and approach, keeping things fresh throughout! Vocalist Rimona Francis lends her lovely wordless singing style to about half the album's tracks – but in a way that's more like an instrument than a conventional jazz singer – and the group also features surprisingly great acoustic piano work from Pat Rebillot (who we mostly know from keyboard sessions), plus Harvie Swartz on bass and Bruce Ditmas on drums. Titles include "Rachel's Samba", "Rodney's Dream Of Fantasy & Self Fullfilment", "Three Pieces", "Trinkle Trinkle", and "A Smile On The Face Of Mourning".  © 1996-2020, Dusty Groove, Inc.
(US pressing. Cover has a split top seam.)

What If?
Enja (Germany), 1986. Near Mint-
LP...$14.99
Although Kenny Barron's always a heck of a great musician on his own or in a piano trio, we're especially partial to his work in groups with horn players – and this album is a great example of that preference! Kenny first came to fame working with Dizzy Gillespie in the 60s, and since that ... LP, Vinyl record album

Drifting
Enja, 1974. Near Mint-
LP...$3.99 (CD...$13.99)
The title's an appropriate one – as the record drifts a bit lazily from track to track. The energy never really picks up, and but it's got a nice laid back, spacious approach, settling comfortably into its destiny as a set of piano/bass duets. Titles include "Space Maker", "No ... LP, Vinyl record album