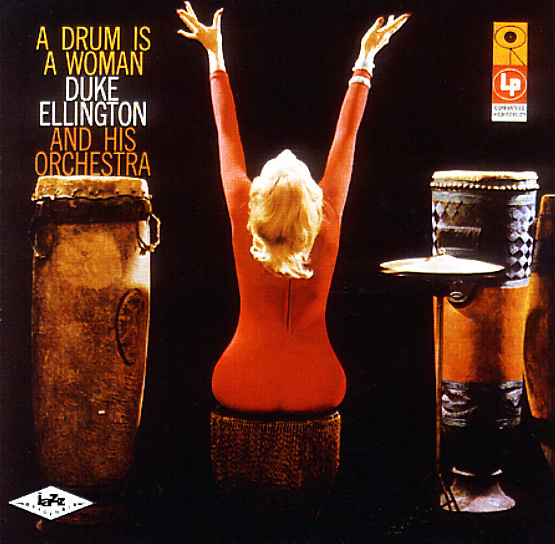 Drum Is A Woman

A hokey cover and title, but a hip little record from Duke Ellington – kind of a story of percussion and jazz, all wrapped together with some great vocals and narration! The format is kind of far-reaching, but never too stuffy – and in a way, the album offers a great opportunity to hear some of the Ellington players stepping out in a slightly different vibe than the usual Columbia date from the decade. Duke does a bit of narration himself – and singers include Margaret Tynes, Joya Sherrill, and Ozzie Bailey – who beautifully illustrate the shifting passages of the longer suite. Solos are by Johnny Hodges on alto, Clark Terry on trumpet, and Paul Gonsalves on tenor – and titles include "Congo Square", "Madam Zajj", "Drum is A Woman", "You Better Know It", "Rhythm Pum Te Dum", and "Rhumbop".  © 1996-2022, Dusty Groove, Inc.
(Out of print.)