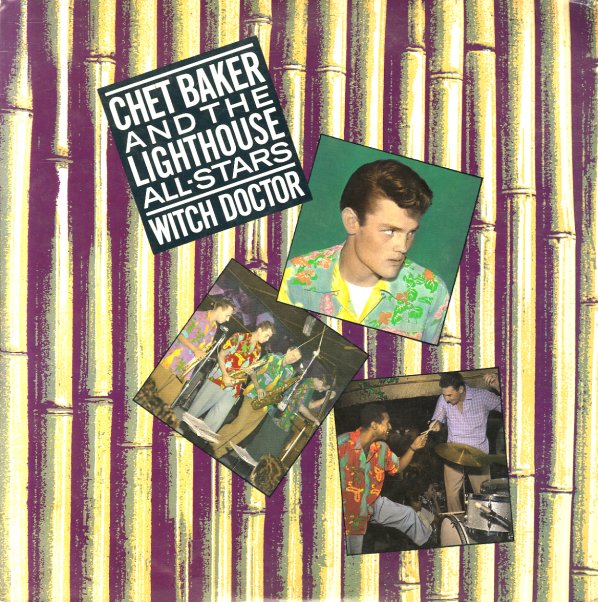 Live In Europe 1956
Accord (France), 1956. Used
CD...$14.99
An obscure issue of a rare performance in Florence in 1956 – five tracks, with Chet on trumpet, Jean Louis Chautemps on tenor, Francy Boland on piano, Eddie DeHaas on bass, and Charles Saudrais on drums! Titles include ""Stella By Starlight", "Cool Blues", "This ... CD

Chet Baker In Paris – The Complete Legendary Barclay Sessions 1955 to 1956 (8CD box set)
Universal (France), Mid 50s. Used 8 CDs
CD...$99.99
An amazing package – filled with more Chet Baker than you might ever hope to find in one place – and a massively expanded look at his Paris recordings in the mid 50s! Although Baker's Barclay sides have been compiled on other CD sets before, this one's the first to offer up the full ... CD

Out Of Nowhere – Chet Baker Quartet Live Vol 2
Pacific Jazz, 1954. Used
CD...$12.99
Rare live material from Chet Baker – recorded at 1954 performances at the Santa Cruz Civic Auditorium and the Tiffany Club in LA. The material was never officially issued at the time, although it did make an appearance in a now out of print box set on Mosaic – and it features Chet ... CD

Louis Bellson Explosion
Pablo/OJC, 1975. Used
CD...$6.99
Louis leads a smoking big band – with keyboards by Nat Pierce and Russ Tompkins, and guitar from Mitch Holder – making for a nice mix of his older modes, and a bit of fusion, too! Titles include "Quiet Riots", "Carnaby Street", "Beyond Category", "Movi ... CD