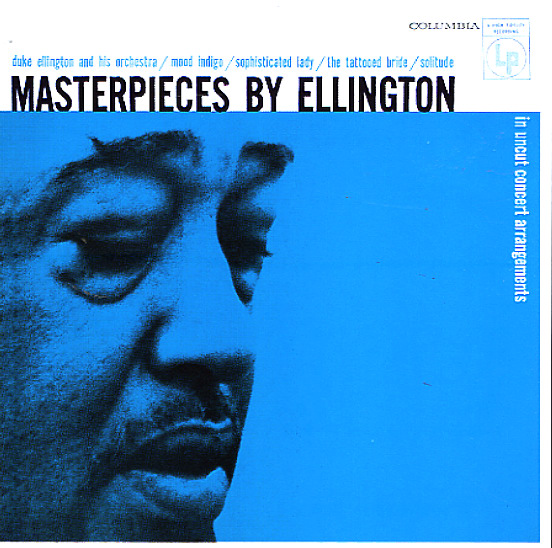 Masterpieces By Ellington (with bonus tracks)

True masterpieces from Duke Ellington – some of his greatest compositions, presented here in an early Columbia LP that offers up "uncut concert arrangements" – clearly grooming a new side of Duke for the long-playing audience! The recordings were made in 1950, with players who include Johnny Hodges and Paul Gonzalves on saxes, Ray Nance and Cat Anderson on trumpets, and Tyree Glenn and Quentin Jackson on trombones. The tracks include "Mood Indigo", "Sophisticated Lady", "The Tattooed Bride" and "Solitude". Includes 3 bonus tracks – shorter numbers, but great ones – "Vagabonds", "Smada", and "Rock Skippin At The Blue Note".  © 1996-2022, Dusty Groove, Inc.