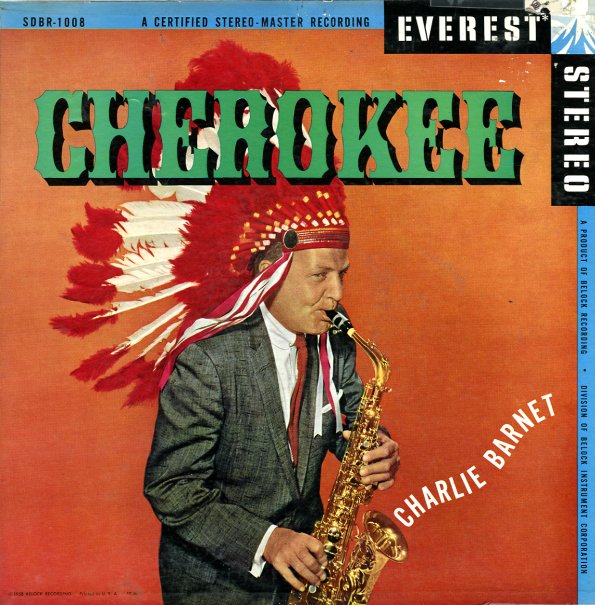 Later work from swing sax giant Charlie Barnet – but every bit as tight as his classics! Don't be put off by the silly cover image of Charlie in an Indian head dress – as the costume's only a reference to Barnet's big hit "Cherokee", and doesn't imply any sort of cheesy musical gimmick on the set. And in fact, if anything, the style here is even more sophisticated than before – as the Barnet groove is updated with some nice 50s arrangements from Billy May, Bill Holman, and Andy Gibson. Titles include "Blue Juice", "Charleston Alley", "Smiles", "Moten Swing", and "Redskin Rhumba".  © 1996-2021, Dusty Groove, Inc.
(Out of print.)