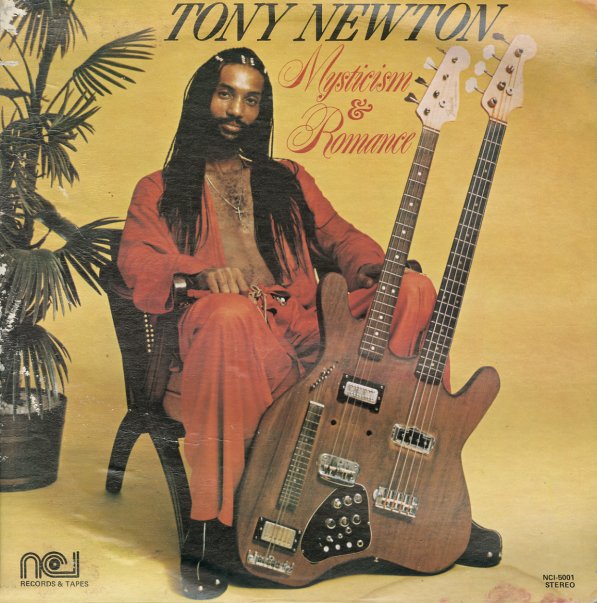 An obscure funky fusion album from bassist Tony Newton – with a wild look that grabs you instantly! Tony plays this weird double-bass, and he's pictured with the instrument on the cover – looking like some super-heavy righteous dude that escaped from The Headhunters. The record features loads of spiraling bass solos, laid out over hard funky drums and keyboards. There's not a lot of breakbeats, but the record's got some nice hard fusion with tight changes and strong grooves. Funky tracks include "Groundshaker" and "Supernatural Rebirth" – and other titles include "BC 2 Chant", "Spread A Little Goodness", and "The Devil Walks Among Us".  © 1996-2021, Dusty Groove, Inc.
(Original pressing! Cover has split seams, light surface wear, and a light stain at the top right corner.)