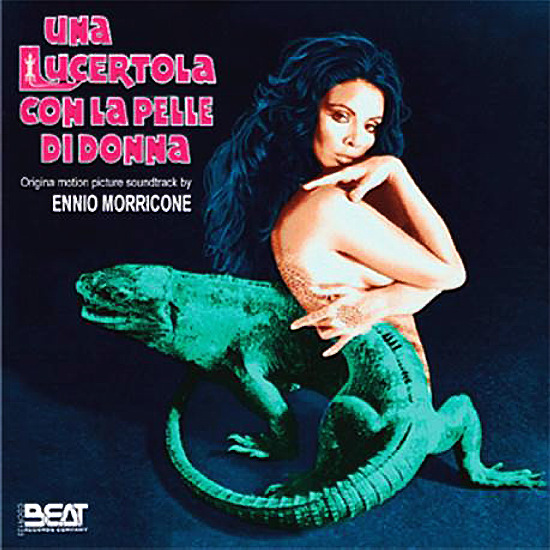 Morricone fans – this one's got it all! The music is completely wonderful throughout, and a great mix of everything that makes Ennio Morricone so tremendous – a bit of bossa here, some funky bits there, and even some spookier slow passages with a nice atonal feel! The main theme of the record is more than enough to get us going – a wonderful tune with wordless female vocals in the best Mondo Morricone mode – but other instrumental tracks follow with some very cool, slow moments – including some great love themes which then lead to some beefier, bouncier numbers that are really great too. This limited 2CD version is great – with a total of 24 tracks that include "La Lucertola", "Magia Nera", "Giorno Di Notte", "Spiriti", "Ancora Ad Est", "Sfinge", "Spostato Ad Est", and "A Lucio Fulci".  © 1996-2022, Dusty Groove, Inc.