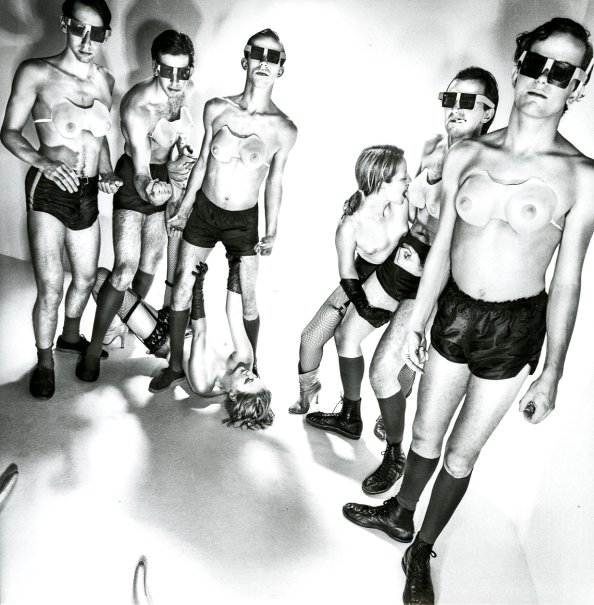 Early art punk genius from Devo – the underground material from the pre-WB years – when they were still Ohio college students! Hardcore Volume 2 features 2LPs worth of 4- track recordings made in the mid 70s – darker, creepier synth punk than what you're used to from Devo – but still recognizable. These have a cruder sound than their pop years and a darker, chillier vibe that's pretty incredible. These guys are true originals and trailblazers and the formative work is well worth checking out! Volume 2 includes "Booji Boy's Funeral", "Can U Take It?", "The Rope Song", "Goo Goo Itch", an earlier version of "Be Stiff", "All Of Us", "Man From The Past", "Fountain Of Filth", "Doghouse Doghouse", "Shimmy Shake", "Working In The Coalmine", "Let's Go" and more,  © 1996-2022, Dusty Groove, Inc.