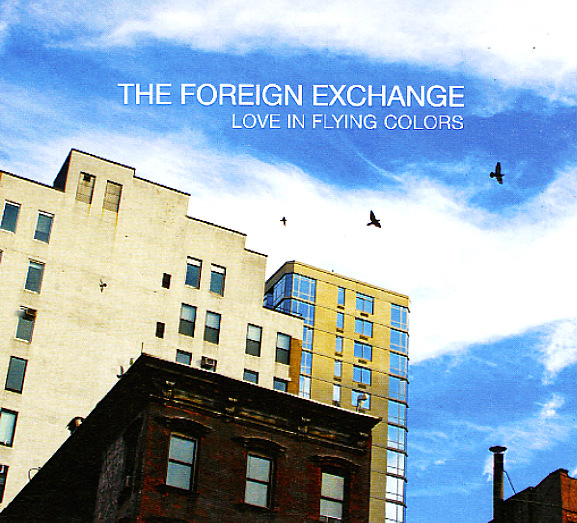 The best yet from Foreign Exchange! FE began as a transatlantic collaboration between rapper/singer Phone in NC and producer Nicolay in Holland – who literally got it done by exchanging files online – but since Nicolay moved closer, they've grown into one of finest indie soul acts in the US! They're much more than duo, too – co-running their own label and serving as a linchpin of a soul scene that includes Zo!, Sy Smith, Jeanne Jolly and others. As a project, FE is more community-based than ever! Their roots as a leftfield hip hop soul project are still healthy, with crisp, easygoing beats and occasional rhymes by Phonte – but Phonte has grown more confident as a singer over the years, and that continues stronger than ever. Nicolay's pedigree as a multi-instrumentalist and spacey soul producer has also grown nicely! Love In Flying Colors features the above mentioned guests, plus Carmen Rodgers, Carlitta Durand, Gwen Bunn, Eric Roberson and others. Includes "If I Knew Then" with Carmen Rodgers, "Right After Midnight" with Sy Smith, "Better" with Shana Tucker & Eric Roberson, "On A Day Like Today", "Listen To The Rain", "Call It Home", "The Moment", "Can't Turn Around" wih Gwen Bunn, "Dreams Are Made For Two" with Carlitta Durand and "When I Feel Love".  © 1996-2021, Dusty Groove, Inc.