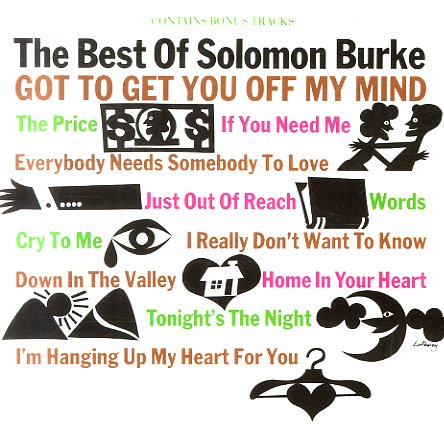 Oasis
Atlantic, 1988. Used
CD...$6.99
Roberta Flack sounding freshly inspired in the late 80s – her first new album in years – and it's a really strong one! The first thing that jumps out at us is how wonderful her voice continues to be –she's recognizable from the first syllable, and it's right it home with a ... CD

LaVern Baker/LaVern
Collectables/Atlantic, Late 50s. Used
CD...$6.99
Classic Atlantic work by Lavern Baker – forged in the pre-soul years, but with plenty of gutsy vocalizing, and a killer sound that transcends the age of the recordings! The CD features a total of 26 tracks – the entirety of the albums LaVern and LaVern Baker, both of which are super-rar ... CD