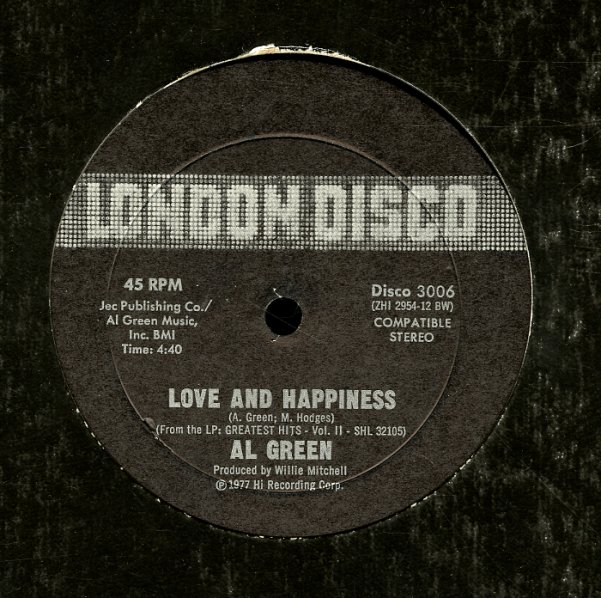 Love & Happiness/Take Me To The River

One of the most sublime tracks ever recorded by Al Green – and quite possibly THE Al Green tune to most of the world! It's hard to mess with the genius of "Love & Happiness" – from the slow-burning intro, to the punctuated rhythms of the tune, to Al's wonderfully flowing vocal style – and if there ever was a perfectly-done 70s soul tune, this may well be it! "Take Me To The River" is another classic too – beautifully blending the secular and soulful in a wonderful way!  © 1996-2023, Dusty Groove, Inc.
(In a London Disco sleeve. Labels have some pen.)