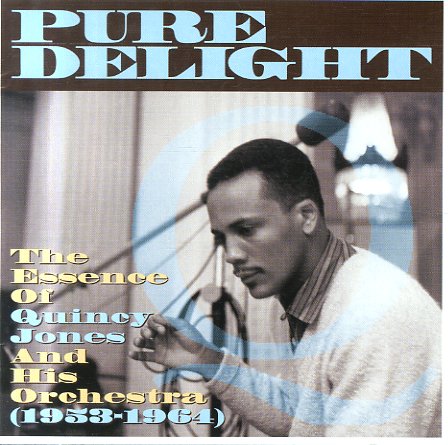 Birth Of A Band Vol 2 (with bonus tracks)
Mercury (Japan), 1959/1960. Used
CD...$3.99
We've never seen an original pressing of "Volume 2" of this LP, so we're assuming this is a Japanese-only vinyl issue of outtakes from those sessions. The original side's a very swingin', very groovy early album from Quincy – a big band recording, but handled with soulful touches ... CD

Go West, Man!
GRP/ABC, 1957. Used
CD...$8.99
Quincy turns his soul jazz arranging style to a band filled with West Coast players, and he gets them to groove a lot more than you'd expect! Players include Herb Geller, Art Pepper, Charlie Mariano, Bill Perkins, and Walter Benton. The tracks are short, with tight solo space, and most of them ... CD